A Turning of Tides in West Bay West

By Anthony Henry for Loop Cayman

There appears to have been a cataclysmic shift in the constituency of West Bay West. The district that was embattled former Speaker of the House W. McKeeva Bush’s stronghold seems to be seeking a change.

If meeting turnout is any indicator of the outcome of an election, then challenger, Independent candidate Mr Mario Ebanks has reason to be confident.

Not only has there been a noticeable downturn in the numbers of persons who would typically show up at the meetings of Mr Bush, but Mr Ebanks has been pulling crowds of up to 200 persons– a successful turnout in Cayman terms– and unheard of for anyone challenging Mr Bush, who has enjoyed continuous re-election into office every four years since 1984.

The residents of West Bay West say that they believe that the challenger, Mr Ebanks can push the country forward in a new direction.

While many articulated that McKeeva Bush is loved and appreciated for all that he has done for the constituency, the prevailing sentiment among those who attended Mario Ebanks’ launch was that it is time for a change.

At least one person who spoke with Loop Cayman, said that he would support a petition for the erection of a statute of Bush in the West Bay. “We recognize and are not discrediting what he has done for the community; there is no doubt in anybody’s mind how legendary McKeeva has been for the district of West Bay West and for the Cayman Islands. He is a legend; however, it is time for that to change as far as his representation for the district.”

Many of those who spoke with Loop Cayman said that the time has come to pass the baton.

“Thank you for everything that you have done; however we need to move forward in another direction for the best interest of the country all things considered,” said one male voter of Mr Bush. He pointed out that had it been anyone else running against the incumbent, the level of enthusiasm would not have been so great, but Mr Ebanks is “of good character, does not engage in gutter politics to score political points and can move the country in the direction in which the people want to see it go.”

Mr Bush, who is the longest serving member in the House, has had his share of legal troubles, the most recent of which was for the physical assault of a female bar attendant last year.

Jordan Rivers, a youth voter, who is supporting Mr Ebanks, said that he is looking for a change. “What I look forward to for April 14 is changes for this country for our generation, and for the next generation; those who come after us, because it is high time we move forward as a country in a very prosperous way.”

Another voter, Laura Young, observed that Mr Ebanks is being supported by persons across the entire constituency. She highlighted that he is a person who could move the country forward with new ideas and solutions to problems.

“What that says to me and what that should say to all of us is that Cayman is ready for that change and I do believe that Mario is the change that West Bay West needs,” she said.

Loop thanks the Cayman Influence Media Team for their partnership in the production of this election video. 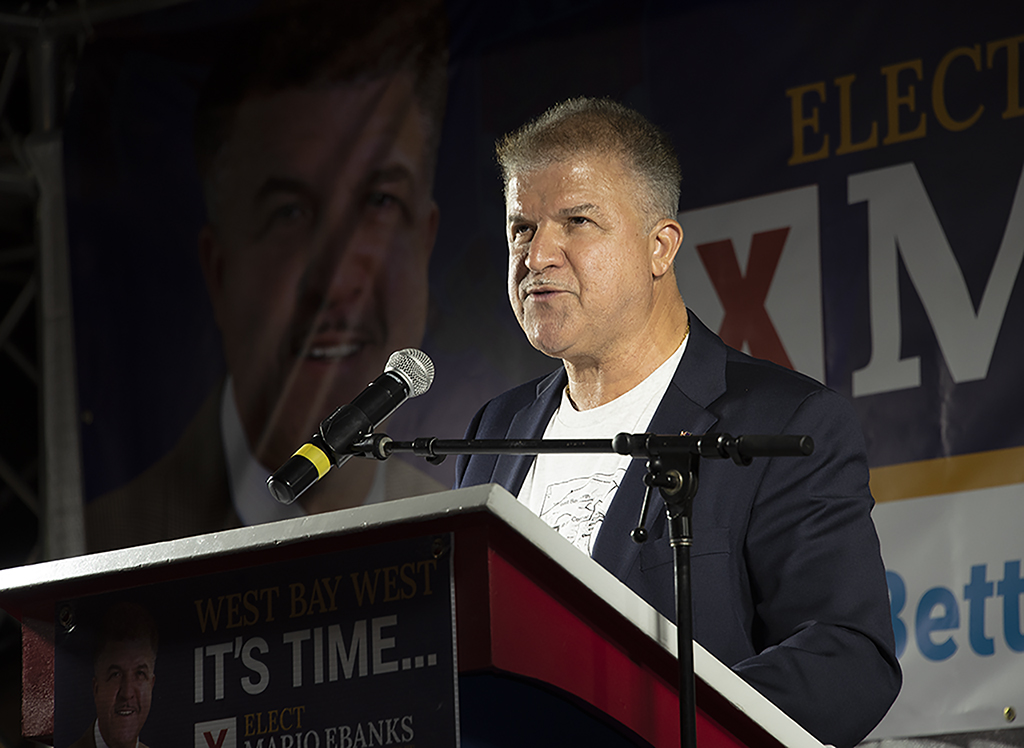