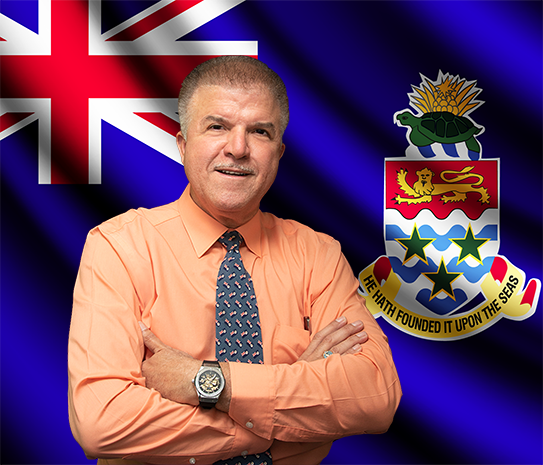 Ebanks, who has worked as the chief human resources officer at the Cayman Islands Airports Authority since 2015, said that several months ago, he began to receive requests from local constituents to put his name forward as a candidate.

He previously ran for office in 2005, but was not successful.

Asked this week if he would consider working with a coalition administration, if he is elected, Ebanks said, “At this time I can say that while it is possible I would join a coalition government, it would depend on who the people are that comprise it and what is their agenda or manifesto. I am however an independant candidate and no longer affiliated with the Progressives since I resigned from them in 2012.”

In the 2005 election, Ebanks returned 940 votes, or 35% of the West Bay electorate. Since then, the voting system in Cayman has changed to having 19 constituencies instead of six, and from multi-member voting to single-member constituencies.

“In presenting myself for service and as a future Member of Parliament, I am aware that I am subjecting myself to continued intense public scrutiny, to which I am confident and comfortable. I am happy to put myself forward, to provide a credible and ethical choice for the voters of West Bay West,” Ebanks said in his candidate declaration, which carries the logo ‘West Bay West – It’s Time’.

In his declaration, he said he had also been inspired to run because the “COVID-19 pandemic and the opportunity for the Cayman Islands to reset its strategic vision and future goals and priorities, gave me a renewed zeal to contribute as a political candidate in this election”.

His candidate declaration outlined some of the issues he said he intends to address in his manifesto, which includes establishing term limits for Members of Parliament, of no more than 20 years in total. “No longer can we have our House of Parliament be a ‘convalescent home’ for career politicians who are tired and offer no solutions,” he said.

He said he also intends to seek to enable a ‘recall’ provision for voters to remove MPs, in cases of improper conduct or behaviours.

Ebanks says he also wants to commission a comprehensive review and overhaul of all employment-related legislation, including immigration, labour and pensions, “as well as immediately mobilize the Minimum Wage Advisory Committee”.

Also on his manifesto is the commission of a long-term development plan for Cayman, “which will include the economy, culture, societal expectations and norms, the marine and land-based environment, carrying capacity, and acceptable heritage and aesthetics”.

He said his campaign would “not engage in mudslinging and character assassination”, but would discuss “important issues and solutions”.